Myanmar is well-known as the magical country with longstanding cultural beauty, along with the ancient architecture in the fog each early dawn of Bagan, watching the majestic Yangon or sunset on the shores of Inle Lake. Do you know what season is the most beautiful to take your Myanmar trip and how Myanmar has been attractive to tourists? This article will give you an insight into Myanmar weather and the best time to visit Myanmar from India. Let check it out!

You probably don’t know that this beautiful country has a nearly diamond-like shape that stretches 925km from East to West and 2100km from North to South. Myanmar borders with many countries such as India, Thailand, China … and the Indian Ocean. It is because of the favorable geographic location that gives it a monsoon climate with three very special seasons: the dry season, the rainy season and the cold season.
Myanmar’s hottest time is from early February to May. From May to October, the weather here rains a lot and lasts, so it is considered Myanmar’s rainy season. Therefore, the coldest, driest and coolest climate is from October previous year to February next year.

The Best Time to Visit Myanmar

Summer or dry season is quite hot, the hottest time is from March to May, high temperature is not suitable for the visit. If you are planning to travel to Myanmar, don’t worry! Surely you wouldn’t miss the trip to the beautiful Ngapali Beach
Ngapali is supposed to the most beautiful beach in Myanmar. Its coastline stretch 7 km, the sea is always blue, smooth waves, white sand and green coconut stretch of coast. In addition, seafood and shellfish here are very unique and extremely rich.
Myanmar’s fall starts from the end of October to the next February, the weather is always cool, almost no rain, this is considered the most beautiful and dreamy season of the year, this one is also the best time to travel to Myanmar. So what the most tourist attractions in Myanmar this time?

Myanmar weather in January remains dry throughout the month with great conditions expected throughout Myanmar. January is the peak season for Myanmar tourism, as temperatures gradually begin to rise and the whole country expects excellent traveling conditions.
In the south and along the west coast of the beaches are full of sunshine. The central plains are also dry and hot although more manageable than in the months to come. In Shan State and around Inle Lake, the temperature tends to fall in the evenings and early morning, so remember to bring a jumper or fleece jacket on your trip.
Rainfall of any sort is hard to happen and temperatures in the lowlands are likely to reach into the high 20’s°C and even the eastern and northern highlands will reach 25°C although evenings are still likely to be quite chilly. 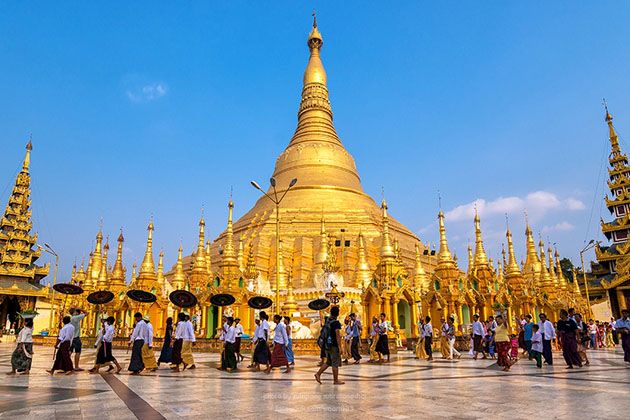 Compared with the weather in January, Myanmar weather conditions in February remain and get improvement. February and the coming two months arguably are considered as the best time of the year to visit Myanmar. The decline in the cool weather will lead to a higher number of visitors. Everything may be excessive, the inadequate choice of hotels in some destinations means that visitors should book early in advance.
There is no rain throughout the month; therefore, tourists can expect excellent conditions while traveling across the country.
In the south and along the west coast, the beaches are considerably exposed in the sunshine. The central plains will also be dry and warm during the day. The weather remains no change in the Shan region and around Inle Lake, the temperature can still be a little cooler in the evenings.

Arguably March is one of the best times of the year to visit Myanmar for its excellent weather conditions. However, the high season also means that overcapacity may have happened across the country’s popular attractions. It is best for you to book the hotel early in advance.
In March, the chilly winter feels in highlands with no rain expected; likewise, you can expect comfortable weather across the country.
In the south and along the west coast of Ngapali & Ngwesaung Beach, the beaches are basking in the sunshine. Temperatures in the low-lands average highs at 35°C while the eastern and northern highlands will be in the low at 30’s°C. 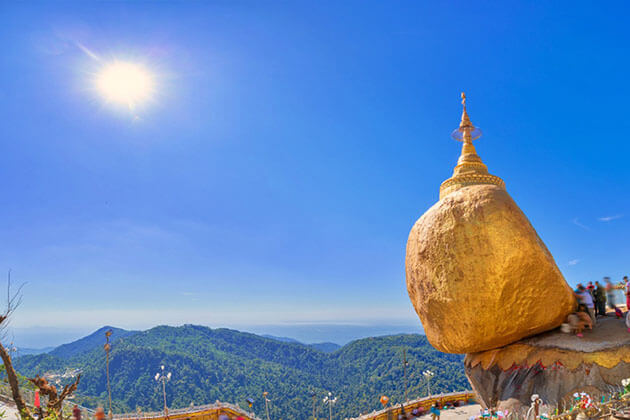 As April arrived, the weather really starts heating up as the mercury starts to climb towards some of the highest temperatures of the year. Visitor numbers are still at their highest and therefore it is advisable to book a hotel early to avoid disappointment.
In the south and along the west coast be sure to have packed your suncream products as the beaches will be basking in the sunshine with temperatures climbing as high as 36°C. In central lowland regions, you can expect average highs either side of 40°C whilst even the highlands are expected to be well on their way to the mid-30’s°C.

Myanmar weather in May

Compared with the weather in April, the weather in May still remains very hot as the mercury reports sometimes inaccurate figures at times. The number of visitors starts to fall making this month a very compromising time of year to visit for any worshippers. The temperature has a tendency to start to lessen a little toward at the end of the month (monthly range from 32-38°C) and in reality, this is most welcome
The heavy rains are just around the corner so you can expect showers in many parts and it is likely, again towards the end of the month that a breeze will pick up, helping to cool the land.
The weather in the central plains to the south of Mandalay does not fall with the rest of the country, remaining hot and dry and even reach 40 °C. The beaches remain hot and dry although the high season comes to an end in May, with resorts are in preparation for the less favorable weather in the coming months. 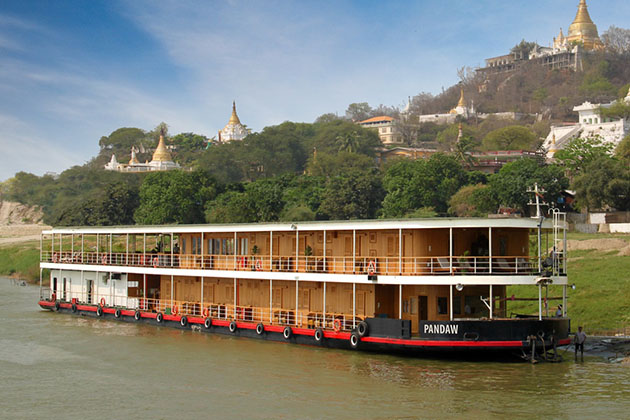 The weather in June witness the significant change when the south-west monsoon star blowing and bringing cooler temperature and more rainfall. However, in reality, it is quite a pleasant time to travel as the weather can be relatively dry and the high temperature of previous months no longer happens. Showers have a tendency to be relatively short-lived, increasing in intensity as we head towards July.
Nevertheless, the weather in the central plains to the south of Mandalay is still hot and dry, with the temperatures still in the low to mid 30’s°C. Elsewhere the mercury tends to hover around 30°C, so still far from chilly!
Most of the beach resorts will be closed by mid-June as they prepare for the less favorable weather expected in the coming months.

In similarity, the rainy weather still remains in July, although rainfall will begin to fall at the end of the month. Nevertheless, coming to Myanmar this time, you should expect any heavy rains. Your Myanmar trip will be best if you bring along umbrella or raincoat
Temperatures remain high (averaging highs of 27 – 30°C) and the beaches on the west and southern coast stop working and road travel across much of the country becomes difficult, in many cases impossible.
Can you still travel to Myanmar in August? Yes!

The weather in September witnesses another change when the rainfall begins to significantly decline, the temperatures remain in the high 20 and even early 30 °C
The number of visitors substantially fall and much of the country is hard to reach because road and beach resorts remain closed
The central plains to the south of Mandalay are once again the hottest and driest region of the country, with temperatures in the low 30’s°C and minimal rainfall. Nevertheless, the weather may deliver better condition in the second half of the month
Rainfall and temperatures will continue to fall as October approaches. 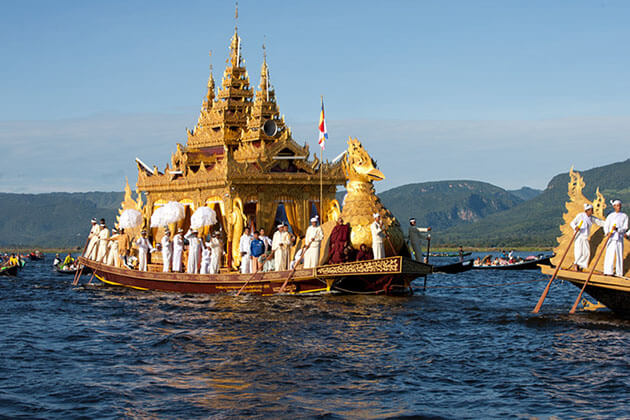 Myanmar once again opens some attractions especially beaches because of the considerable decline of rainfall. In spite of the coolest month of the year, temperatures throughout the month still remain in the high 20’s and even early 30’s°C.
The central plains to the south of Mandalay are once again the hottest and driest region of the country, with temperatures in the low 30’s°C and minimal rainfall
Although the beach resorts are opened again, you should not expect a high quality of service for the opening week as people have to repair any damages suffered during the monsoon
Overall, October is a relatively good time to visit Myanmar with a high chance of good weather and surprisingly, low tourist number

Finally, the rainy season is coming to an end for many tourists November is the great time of year to visit Myanmar. Despite this, the number of visitors is still relatively low and the temperatures more moderate than the early half of the year, however, they still expect average highs of up to 31°C across much of the country.
In the highlands and foothills of the east, the temperatures reach their lowest with average highs of 25 °C. Your Myanmar tour may not lack warm clothes especially at night
The south and west coast beaches are basked under the sunshine; Thus, they are fully opened and expected to welcome a huge number of guests for the upcoming months. 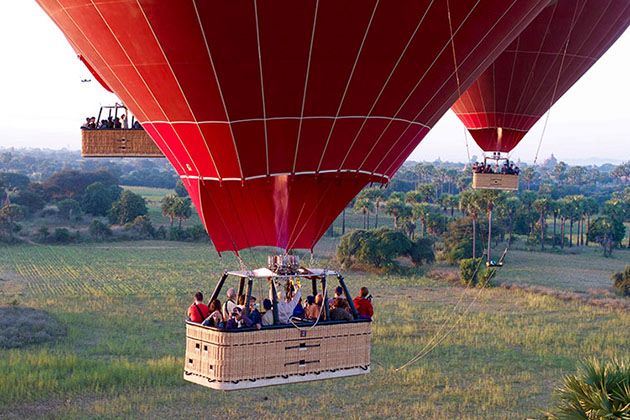 No longer does the rainy weather happen in December instead it becomes more comfortable? Rainfall is unlikely and despite being one of the coolest months of the year, you can still expect average highs of up to 31°C across much of the country.
In the highlands and foothills of the east, the average temperature is 24°C so appropriate clothing is required, especially at night.
Coming to Myanmar this time, beaches are something you may not miss. They are full of sunshine and you can expect a high quality of service. Besides, if your dates are flexible, avoid the Christmas and NY dates to avoid peak season surcharges.